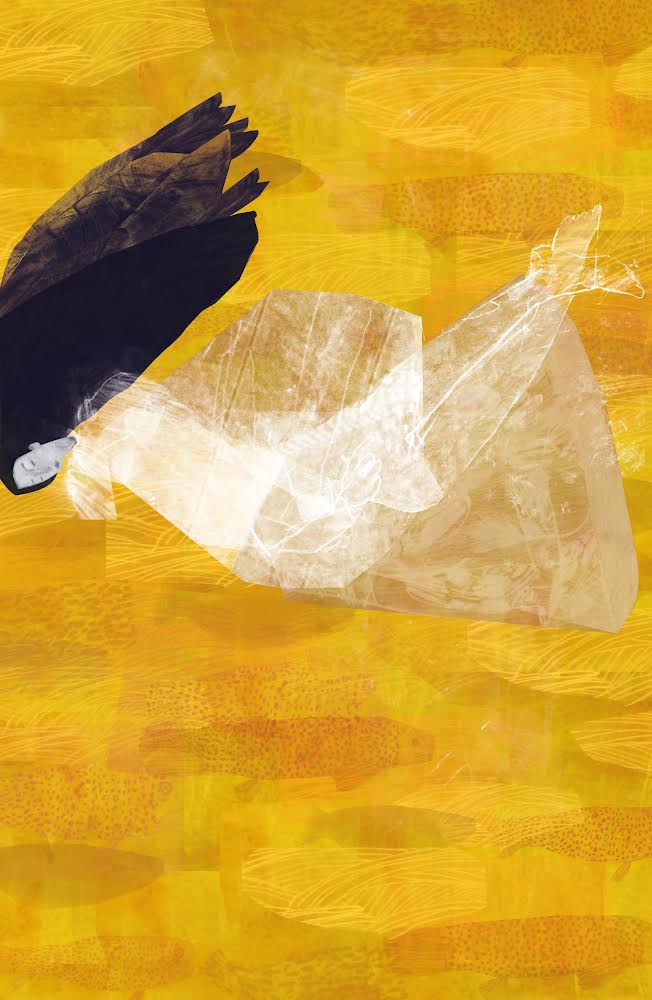 I’ve just received the first round of typeset pages for my next collection, which means, unless something very unexpected happens, the book will be out before the end of 2022. I’ve had the title – Nekhau – since I started, the idea and image of nekhau guided the writing of the poems that make up this collection. ‘In Ancient Egypt, nekhau were small fish-shaped amulets crafted by jewellery makers and attached to the hair of loved ones as charms against drowning. Belief in nekhau, like belief in most charms, manifested in many ways. There was the idea that the wearer was magically imbued with a fish-like swimming ability and hence safe, or that nekhau hanging in the hair of a loved one would remind them of the threat of water and through this awareness, keep them safe.’

The manuscript has been through so many versions. I think I’ve worked harder to bring these poems into the world than I have with any other collection. During redrafts poems have changed and morphed into new pieces, the poem order and and subtle narrative arc of the collection has also shifted as I worked through the rewriting and rethinking of the collection.

Over the last couple of months I’ve been thinking a lot about the cover for Nekhau; about the main image, about colours, about artists/designers who’d have the best feel for the collection. I was looking for an artist who I could trust to take and develop the key ideas in the collection. I wanted someone who could find their own version of nekhau, something that spoke to the collection in a way that was new and genuine. I eventually decided on Brian McHenry, a wonderful artist with an appreciation of the unusual and unexpected.

Brian’s early sketches are here, you can see he was exploring lots of ideas – fish, water, even birds.

As you move through the images you can see Brian starting to dig a little more deeply into the ideas. The bird exits the frame and is replaced by shapes that begin to look more like fish, even a rowboat moving through the hair of the figure. In the darker version above I love the texture in the dress, the oddly large feet that almost become a tail. Eventually we settled on the figure and Brian started to work on a lighter background.

The final background is above, without the figure you can see the rows of fish and the tangled patterns that might be hair. Brian built the figure on top of this to create an image that has layers and texture.

From there he handed it on to Shane Strange at my publisher Recent Work, who set the title. We wanted to keep things simple and focus on the images and colours.

I totally love it, can’t wait to see what it looks like printed! If you’re interested in Nekhau you can head over to the Recent Work site and pre-order a copy. 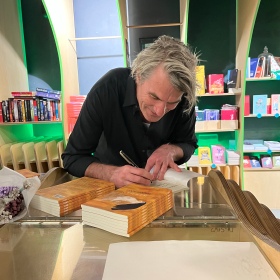 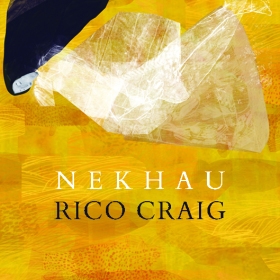 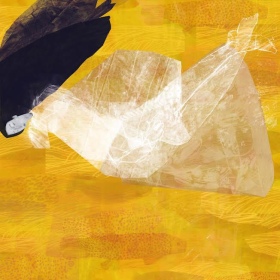 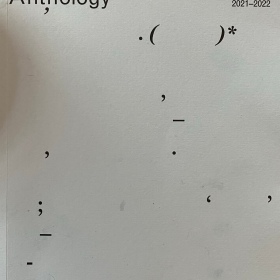 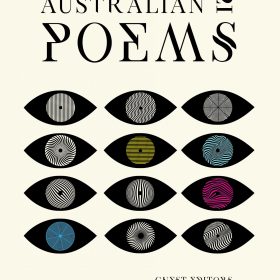 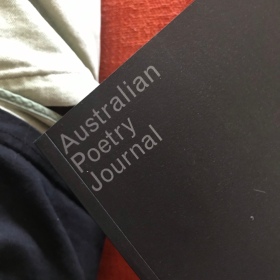 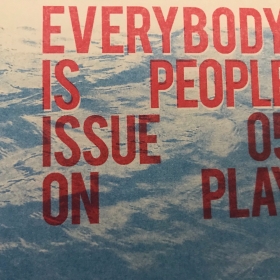 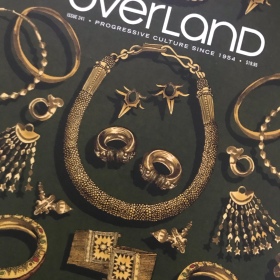